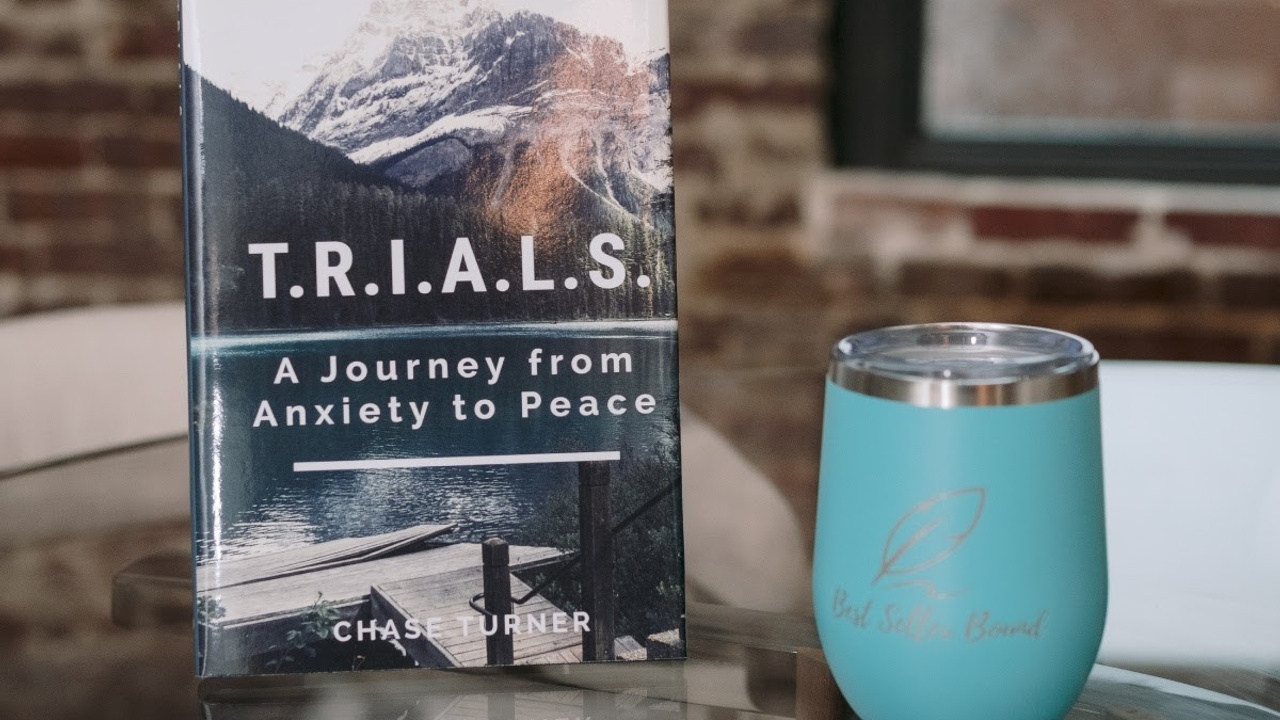 At some point in the life of any book, there will arise a point where the author needs some sort of guidance in reaching the next step of the process. Whether that’s during the writing process, connecting with a publisher, or marketing the book.

For Chase Turner, author of “T.R.I.A.L.S.: A Journey from Anxiety to Peace”, the struggle came when it was time to sell the book on Amazon.

“The publisher that I used was a smaller publisher,” said Chase. “They were selling things on Amazon. I didn’t know how to create an amazon account and market the book. I wanted to have the book somewhere that people are familiar with where they could get it.”

A friend in Arkansas connected Chase to Kim and Best Seller Bound.

“Once Kim read the book, she said she really enjoyed it and believed in the book,” said Chase. “From there, she took me through the whole process of setting up an Amazon account and helping me get the book online.”

Kim also worked with Chase on the marketing of the book and helping him to reach those that would be most likely to purchase and most interested in the message it had to share.

“There were people looking for books in the vein of our book,” said Chase. “She showed me how to have TRIALS pop up for people when they were shopping for something similar. It was really neat to see.”

So far, Chase has been really happy with the book’s success.

“When we started looking at marketing, I had a really small budget and didn’t anticipate selling a lot,” said Chase. “We launched in 2020 and so far we’ve sold around 2,500 books.”

The book title, “T.R.I.A.L.S.”, is an acronym and the letters stand for transparency, responsibility, intentionality, appreciation, limits, and simplify.

The book takes people through one of the biggest problems for those who struggle with feeling “normal”; competitive living. Chapters include potential stress points in peoples’ lives like finances, marriage, leadership, grief, how our opinions of other peoples’ opinions affect us and how to overcome those, and now not to be consumed by how other people think.

“I was asked to teach a class for 13 weeks at a church, and I had no idea what to teach on,” said Chase. “I went to a conference in Minnesota and had an experience up there that brought this idea of comparative living to mind. That led to this summer series.”

Chase said that turning the class into a book just kind of happened organically.

“Every week I had people coming up to me, telling me how much of an impact I was making in their lives,” said Chase. “The response was incredible. I told everyone at the end of the class that I would put all my notes together. I put them together in a pdf and had an editor look it over. They told me I should submit to a publisher so I did, and it became a book after that.”

Since then, Kim has continued to help Chase with the book in preparation for a relaunch this summer.

“She has worked with me on writing a workbook that goes with TRIALS,” said Chase. “She created marketing materials for me. She helped me understand the value of the review and how to get them. Kim also helped me learn how to put the book in front of influencers who might actually read it. That’s how I met  Tommie Harris - a former defensive tackle in the NFL and 3-time pro-bowler. He really enjoyed the book and said he would write a forward for the book’s relaunch.”

Chase is going with a larger, more traditional publisher for the relaunch of the book this July, and Kim remains a valuable resource in that effort.

“Kim has been instrumental in understanding the preorder in this and how to make a New York Times bestseller out of it,” said Chase.

Chase says one of the best things about Kim has been the relationship the two have built. “Kim has been incredibly helpful through everything,” said Chase. “She’s not just a great communicator, she’s available. Anytime I called or texted, she always answered or got right back to me. communication is vital in any working relationship and she is an excellent communicator.”

You can find “T.R.I.A.L.S.: A Journey from Anxiety to Peace” on Amazon now, or keep an eye out for pre-orders for the relaunch coming this June.